On the morning of September 16th, 2017, the Reflecting Pool of the Lincoln Memorial mirrored the sullen Autumn sky.  As the day drew on, however, this tranquil scene would soon be transformed into an odd, carnivalesque exhibit of America’s terribly bipolar society.

Two separate rallies have been scheduled—and each will be protesting their very different priorities within a stone’s throw of one another.

On one side, ‘The Mother of all Rallies’, a pro-Trump demonstration aiming to assert before the world that the mainstream media is wrong in claiming that support for Trump’s tyrannical nonsense is waning, and to inadvertently prove that freedom and patriotism are best fuelled by fear and ignorance. 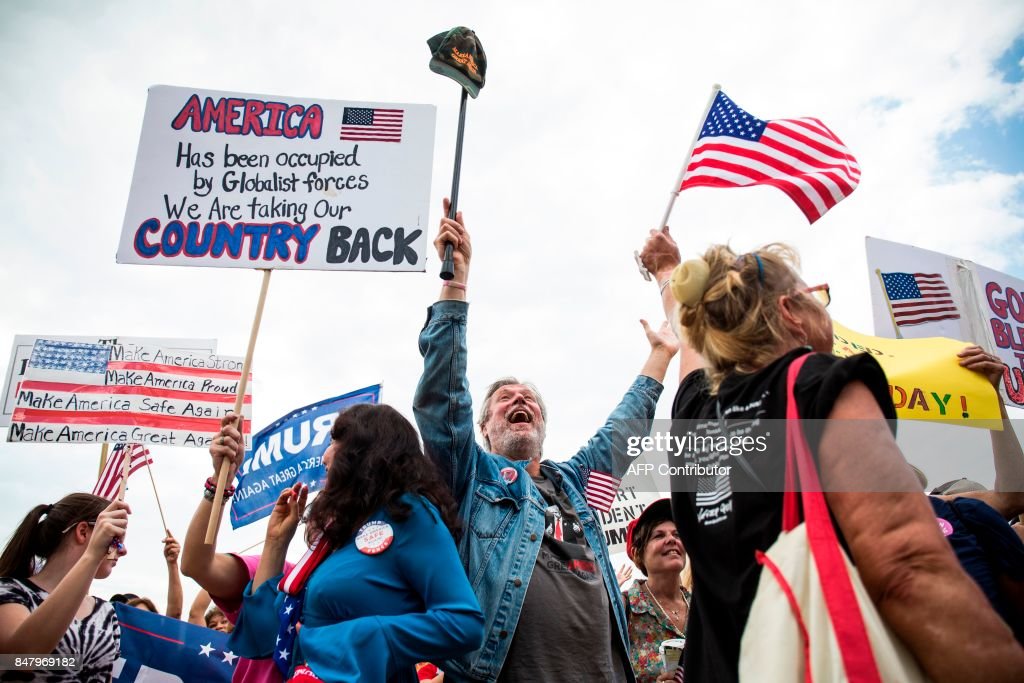 On the other side are the Juggalos.

Juggalos are a strange breed, and you can read endless descriptions and opinions on them just about any place you please—each one varying as drastically as the strange tattoos and face-paint of the crowd slowly building up on the grassy fields of the National Monument.

Juggalos are the dedicated fans of the Insane Clown Posse.

Further, they are one of the most hated and maligned groups of musical devotees the world has ever known, a wild and zany bunch reputed to leave wreckage and ruin in their wake. They are a family—an atavistic community of near-tribal misfits determined to live exactly as they please—and damning any who would defy that dream.

Finally, according to the FBI’s 2011 National Gang Assessment, Juggalos are a hybrid gang, much like the notorious Bloods or Crips.

Ostensibly, that is what the Juggalo March on Washington was all about. The motivation is not only to remove Juggalos from the gang-list, but to obtain an official recognition that being a Juggalo—or any other music fan for that matter—is not a crime. It’s a simple request.

Still, Juggalos across the country continue to be persecuted for their peculiar yet harmless musical predilections. Loss of jobs, loss of custody, denied entry to the army, and stronger criminal charges are just a few of the ways this ruling has affected people who, at the end of the day, are exactly that—people, clown paint or not.

And so, the Juggalos marched.

In all their weird, occasionally perverse, and utterly unorthodox glory, they rallied, and sang, and chanted for their right to exist—all beside those who would sooner demonstrate in favour of increased deportations, more militarized police, and accelerated corporate control of a nation that still claims to be democratic.

To an uninformed bystander gazing into the Reflecting Pool on this day, the two groups may share as many commonalities as differences.

For despite the incredibly conflicting attires—the Juggalo’s penchant for face paint and Hatchetmen, and the Trumpet Blowers affection for buzz cuts and hate symbols—the two are not as far apart as may initially be assumed.

Both groups tend to be strongly represented by the poor, the maligned, the disenfranchised and the angry.

But while the smaller group—Trump only managed a measly ~400 supporters—represents those supportive of the leadership of this strange nation, the Juggalos —by far the larger group, coming in at approximately 1500— have been officially declared illegal.

While one group’s petty and pathetic chants reinforce the legitimacy of legally ostracizing entire groups of people, and generally making life harder for those who have seen no shortage of hardship, the other is fighting for freedom of speech, association, and the general right to have a good time and do what you want—so long as you don’t hurt anyone.

What a strange thing then, for this fictional bystander, that the group painted as evil clowns and murderers, who brandish fake weapons and ink themselves with the symbol of a man bearing a meat-cleaver, are in fact the ones on the right side of the pool.

Leading up to today’s events, there was a great deal of speculation as to how things might unfold. ‘Juggalos vs. Nazi’s’ was a popular catchphrase as onlookers clamoured for a brutal showdown between two of America’s most despised social-circles. There can be little doubt, if the two groups had wiped one another out entirely, much of the American public would be breathing a grateful sigh of relief before the blood had been washed into the murky waters of the Reflecting Pool.

But that’s not how things turned out. Not at all. The Juggalos were described—even by non-affiliated onlookers —as a generally congenial, open-minded, and positive group, seeking only to redress the wrongs which had been done upon them. They showed up just as they are—a family. Supportive, sensational, strange, and, in what may be the most surprising adjective applied to a group of painted clowns- serious.

Despite their appearance and occasionally uncouth vernacular, the Juggalos showed up with respect, intent on clearing their names and bolstering the rights of free speech and association for themselves and the public at large.

Will the Juggalo March on Washington help the Juggalo’s legal plight? Probably not. More likely, it will fall on deaf ears, as their other attempts have since this debacle started in 2011.

Meanwhile, those who favor intolerance and the propagation of fear sleep comfortably knowing their abominable avatar sits at the head of the Federal Government.

So, as the sun sets on the Reflecting Pool, only the stars remain in the mirror-like sheen of its smooth surface.

With the spectacle over, sober onlookers saunter home, perhaps wrestling with the peculiar sights and unsought questions of the day. With a people so divided, a legal system so crooked, and a cultural outlook so utterly sundered from reality, one begins to question their own sense of truth.

America is a strange, unwieldy nation, poisoned by doubt and choked by fear. But even as it roils in uncertainty, it’s clear there are still groups who continue to fight for decent values, freedom, and family. What an odd thing then, that the ones supporting such values are the ones labeled a criminal organization.

Stranger still, perhaps, is how few will bother to question it.

Editor in Chief of Juggalo Affairs at GonzoToday