There is public outrage, and amusement, after an image of a penis scrawled into a tree stump went viral. The show which airs on the online streaming site Netflix is one of 78 episodes of a children’s series about a little bee and her insect and animal friends in their journey towards adulthood.

The picture of the boner was apparently put there as some sort of hillariously insidious joke by one of those cartoon freaks in the art department. In a quote by Variety:

“The origin of this image obviously results from a very bad joke from one of the 150 artists working on the production.”

This is not the first time one of these tormented, giddy little cocksuckers have done something like this either.

Many will lovingly and amusingly remember the case of the giant golden cock on the cover of the little mermaid surrounded by a bunch of other cocks as well as the priest popping a boner at the end of the film which they claim to be his knee.

A new scene has since been edited since then and the episode has been temporarily removed from the netflix library.

Meanwhile, we are all watching our cartoons with lube in one hand and a phone dialed to 911 in the other, waiting to see what these sick bastards will do next.

An armed manhunt is underway for the rotten Asian or French pervert who created this filth and authorities urge anyone with information that would lead to the capture and execution of this terrorist to call your nearest congressman and remind him of all the penises we’ve been seeing in cartoons lately.

It’s time to take a stand. You can’t have giant cocks all the time if you don’t see boobs and vaginas. 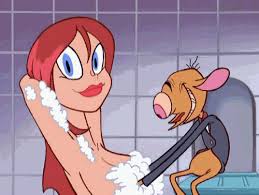